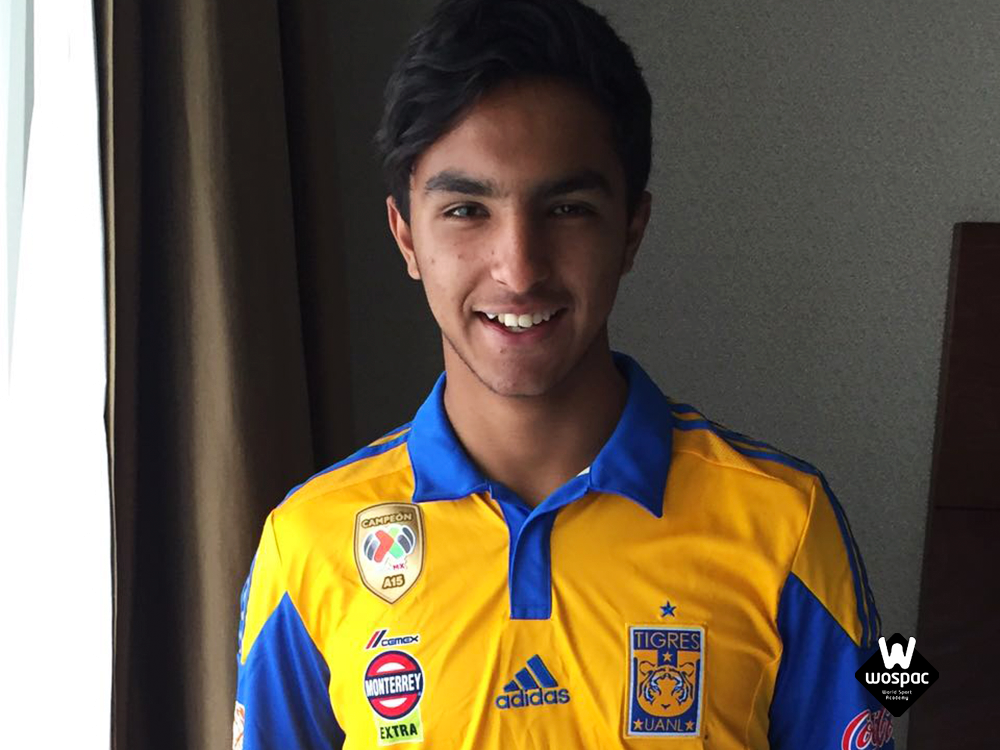 Juan Pablo Ortega, a Mexican player of SOCCER Stages program, departed last week heading to his native country, where he will take part in along two weeks tryouts Tigres and Pachuca, two of the biggest teams of Mexican soccer and currently members of the Mexican Primera Division. Tigres is the current champion of the Mexican opening tournament and also the last season the tigers played the final of the Copa Libertadores against River Plate (ARG).

Juan Pablo, U-15 player, plays as a left back and currently plays in the U-19 team of WOSPAC who took part in the last edition of the MIC (Mediterranean International Cup) on the Costa Brava, playing against teams like Sevilla FC and where he had a remarkable performance, taking into account that it was competing in a higher category regarding his age.

Thanks to WOSPAC, Juan Pablo has improved significantly as a player and that has given him this incredible opportunity to become part of a mexican professional team. From WOSPAC, we wish good luck to Juan Pablo during these two weeks, showcasing his soccer skills in their home country and trying to get an opportunity at one of the biggest teams of the Mexican country.